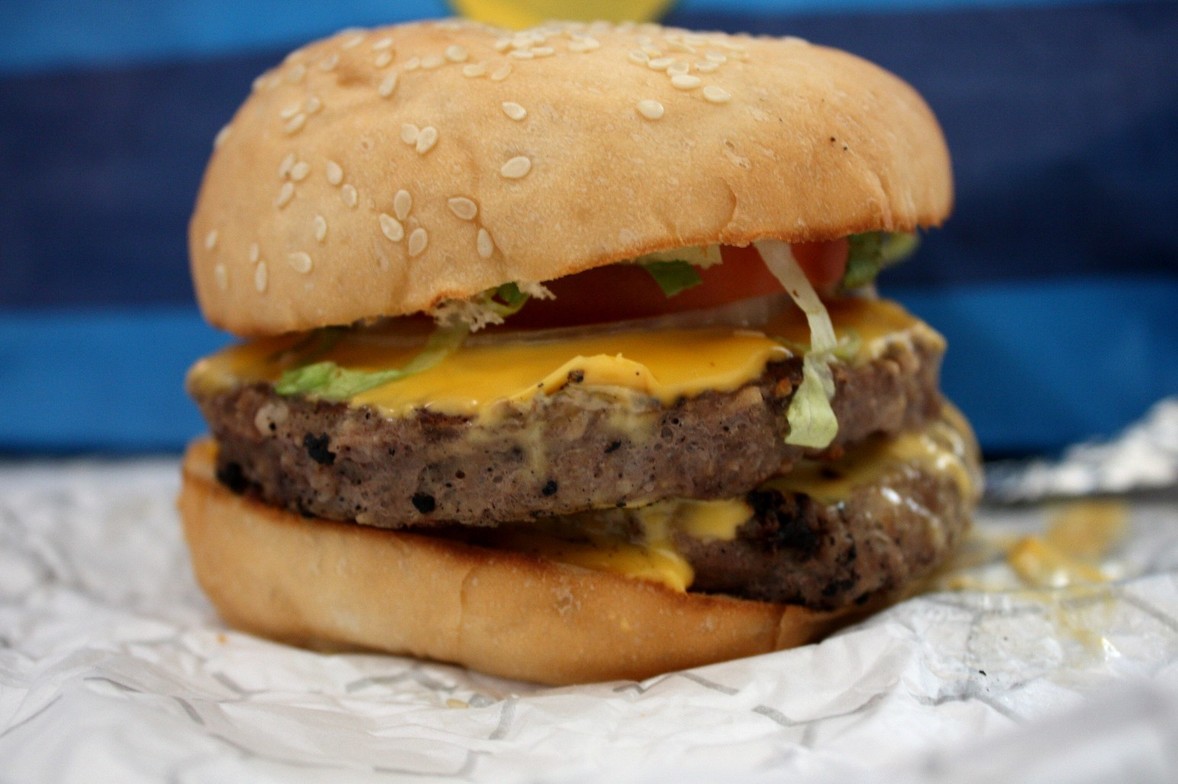 Global livestock production really does emit inordinate amounts of greenhouse gases (GHGs), and not just as a portion of agricultural emissions. The sorry fact is that meat and dairy are responsible for a big portion of all human-caused GHGs.

What portion? Turns out it's between 14.5% and 51% of anthropogenic emissions, depending on how and what you count. Either of those numbers is shocking, especially considering that global meat consumption is still rising; that in developed countries meat intake already far exceeds most consumers’ protein needs; and that its production contributes disproportionately to water pollution and additional ecological problems. Whatever the numbers, meaty GHGs are attributable to global deforestation to enable more production of animal feedcrops, the belching of ruminants, and the rural mountains of stored manure that spew methane, nitrous oxide, and carbon dioxide into our air.

But which of those numbers is most accurate?  What percentage of GHGs does animal agriculture produce? The debate began in 2006 when the UN Food and Agriculture Organization’s Livestock's Long Shadow outlined the disturbing estimate that animal agriculture caused 18% of human-induced GHGs. In 2013, after protest from meat agribusiness, the FAO revised its methodology and concluded: "With emissions … representing 14.5% of human-induced GHG emissions, the livestock sector plays an important role in climate change."

Even these revised figures are conservative. In 2009, a Worldwatch Institute report calculated meat and dairy as responsible for more than 51% of human-caused GHGs. Authored by two esteemed researchers, the report suggested the FAO was seriously underrating the problem. They argued that accurate totals must include the galloping growth in livestock numbers; the continual decline in planetary photosynthetic capacity now that so much land has been deforested ton make way for feedcrop production; GHGs from refrigeration at every step of meat production unlike for plant-based foods; and the carbon dioxide breathed out by cattle, chickens and pigs whose populations have been unnaturally multiplied into the billions for meat-centred diets.

In my years of researching livestock and environment (e.g. Boyle 2012), I’ve leaned toward conservative figures, taking the attitude that large-scale meat production is so bad for the environment, there’s no need for inflation. But I’ve recently done a careful review of the arguments, and of Jonathan S. Foer’s new book We are the Weather, and now believe that animal agriculture may indeed produce more than half of human-generated GHGs. I almost hope so, because optimistically that means that meaty emissions present an extraordinary opportunity to address the climate crisis. Whatever the precise figures, this is an issue we can all tackle immediately. Though changing our diets may not sound easy, doing so is much easier than changing the ways we get around each day, use energy, and build cities.

Meaty emissions present an extraordinary opportunity to address the climate crisis. ... Though changing our diets may not sound easy, doing so is much easier than changing the ways we get around each day, use energy, and build cities.

Cutting back on animal-sourced foods is something each of us is capable of doing. We can eat significantly less meat and dairy, and pay more for humanely and ecologically-raised animal products. We can urge businesses and governments to stop uncritically supporting the livestock sector, and to shift animal-source foods to the side of the plate in our food economies and in our meals.

Foer, Jonathan Safran. 2019. We are the Weather: Saving the Planet Begins at Breakfast. Toronto: Hamish Hamilton/Penguin.

Goodland, R. and Anhang, J. 2009. "Livestock and Climate Change: What if the Key Actors in Climate Change are Cows, Pigs, and Chickens?" Worldwatch Institute Magazine.