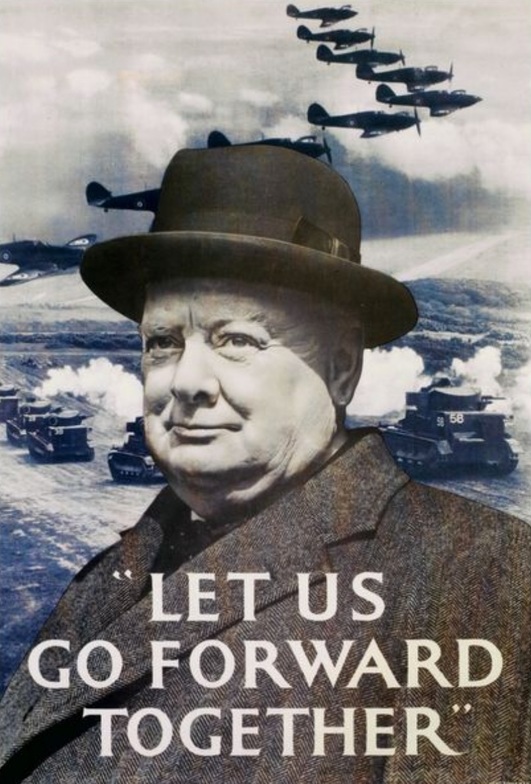 When I hear deniers bellow that climate change isn’t real or serious, I think of historical accounts of the 1930s and another group of deniers. That included Neville Chamberlain, prime minister of Britain from 1937 to early 1940, who despite German chancellor Adolph Hitler’s territorial aggressions and racist atrocities, insisted that Germany wasn’t a problem and that all would be well.[1] Chamberlain wasn’t alone. In the roiling debates in Britain over how to deal with Hitler, numerous Members of Parliament and upper-class influencers argued for a policy of appeasement—gentle, friendly treatment of Germany in hope of avoiding conflict, and based on beliefs that the dictator would keep his promises for peace and cooperation.

It sounds eerily familiar. In our time, despite overwhelming scientific evidence that the climate is in crisis, some people continue to deny that it is occurring, or that it is primarily caused by human behaviour, or that the situation is dire. The overlap with appeasement, including of underlying motivations, is striking. It’s another parallel between wartime and our time.

What drove appeasement, and what drives climate-change denial? In both cases there are many reasons. Briefly, however, some motives have been positive or at least understandable, while others have been negative or disturbing.[2]

First to appeasement. Among the positives, appeasers embodied a human desire for optimism and hope for the best, to the point of naivete. Some found it difficult to believe that any individual could be so vile as Hitler had been described by critics. Many felt deeply (and guiltily) that Germany had been unfairly treated by the victorious Allies after World War I and deserved international friendship. Pervading it all were the painful memories of World War I, less than 20 years in the past, which cast an agonizing shadow over political consciousness in Britain as elsewhere.

Disturbing motivations for appeasers included anti-Semitism, sympathy for tyrants, and intolerance for dissent. Some identified with fascist politics—support for unfettered capitalism, an emphasis on strict efficiency, and an underlying anti-democratic philosophy that a certain class of people was fit to rule. Many appeasers were united in prejudice and in a determination to hold on to class-based political systems from which they benefited.  Then, neither overtly positive nor negative but significant, some appeasers supported Nazism because they saw it as a political counterpoint to the perceived menace of communism. Appeasers also argued on grounds of alleged financial prudence—preparing for war with Germany would simply cost too much!

Appeasers were so convinced that Hitler was a well-intentioned friend that they downplayed reports of Nazi aggression and brutality. After Hitler gained power in early 1933 and swiftly consolidated his dictatorship, the British ambassador in Berlin, Sir Horace Rumbold, sent alarming reports back to London, as documented by historians Martin Gilbert and Richard Gott in their authoritative book The Appeasers. Jews were being removed from their jobs and deprived of work and liberty, reported the ambassador, as were social democrats, communists, and critics of the Nazi regime. Rumbold informed home authorities that concentration camps were being built. Yet deniers held their ground.

Impulses are similar for climate denial

Today we have a new kind of denial—of the climate crisis—and again motivations are varied. On the positive side, many climate-change skeptics want to believe the future is bright. They want to be optimistic that human life and behaviour can continue without disruption—that we’ll have sufficient food and stable livelihoods, that climate change will not cause suffering and death. Who can blame them for hoping the climate crisis isn’t real? When they (guiltily) think the problem might indeed exist, they channel their optimism into a belief that we’ll be saved by new technology. Climate deniers often believe the economy needs to be protected and fear that an environmental focus could erase good jobs. They ignore evidence for the many good jobs in a green economy and the pointlessness of a so-called strong economy on an inhospitable planet.

More disturbingly, some deniers hold fast because they benefit personally from fossil fuel-based economies, through ownership or jobs or other ties, and don’t want some environmentally minded government to interfere. Ultimately, like appeasers, climate deniers do not want to give up their comsumptive lifestyles, as will be required from all of us to face down the climate crisis.

Financial arguments also arise. Like preparing for war, facing down the climate crisis will seem costly in the short term. Despite recent research that shows most Americans want more robust environmental regulations and believe those will be worth the cost, climate change skeptics and deniers continue to argue against environmental spending.  For all these reasons, deniers downplay the scientific evidence—accepted by the vast majority of climate scientists—that the climate is changing markedly, due mostly to human behaviour, and that consequences will include escalating, extreme, and unpredictable temperatures and weather events.

Beliefs can and do change

What changed the minds of appeasers, and what will change the minds of climate deniers?  Big shifts in personal and collective beliefs take time, as new ideas become normalized and resisters find ways to adapt. For some, a triggering event then causes them to question and even completely alter their views. For some appeasers that tipping point was Germany’s invasion of Poland on September 1, 1939—shocking to those who had faith in Hitler’s peace promises. Sir Neville Henderson, a staunch appeaser and key British diplomat in Berlin, regretfully gave up his trust in Germany at about mid-day on Friday, September 1, 1939, say Gilbert and Gott. The groundwork had long been laid for a recognition of truth, but the human heart sometimes wants a specific event to blame.

What will change the minds of climate deniers? Mounting scientific evidence will help, and a frightening ecological event close to home may be a trigger for some. Meanwhile, we environmentalists can help by engaging deniers respectfully, according to one Stanford researcher. Everyone holds basic values that can form a shared basis for discussion, says behavioral scientist Gabielle Wong-Parodi.

Climate-change denial may be in decline, just as appeasement eventually was in wartime Britain. Recent reports show that public concerns are rising over the dangers of climate change, including in the U.S. where, for years, a significant minority of citizens have denied climate change or a human role in it. There are also reports that budgets and influence are declining for right-wing think tanks and climate skeptics. Nevertheless, human tendencies toward naivete, disbelief, jealous protection of personal benefits, and love of the comfortable and the familiar will continue to complicate human campaigns to fight the climate crisis.

Lack of leadership in the 1930s delayed an effective response to the threat posed by Hitler. Eventually, visionary individuals emerged who were able to mobilize whole societies. To respond to today’s climate threat we'll all need to act like leaders.

[1] With intentional irony, I borrow the phrase “All Will be Well” from Winston Churchill, who loathed the appeasers, completely distrusted Hitler, and was ultimately proven prescient.

[2] For fundamentals of this analysis I thank historian Harley Rothstein.