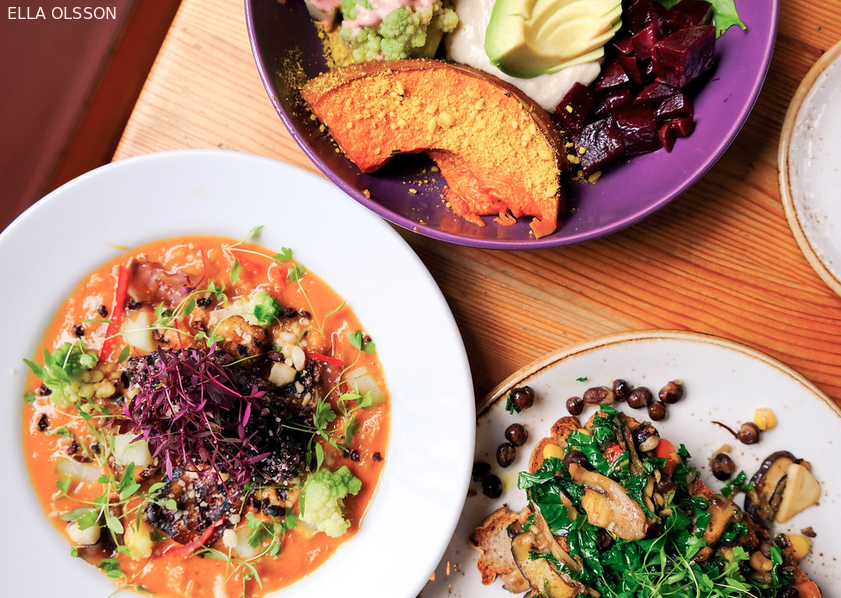 I heard some exciting news from an activist who is part of the worldwide group Global Meatfree Monday: A Swedish university has now made vegetarian its default meal option.  Meatless meals are what you'll get -- unless you specifically request meat.  The recently established policy at Lund University's Departments of Biology and Psychology will apply to catered meals and at university workshops or other events.

I'm a Canadian member of Global Meatfree Monday, which strives to help consumers lower their meat consumption to levels that are sustainable for the planet.  My colleague sent along an article on the topic, entitled Här är köttet specialkost, which translates as "Here is the meat special diet."

Meat as a 'special diet'

Now that is one good idea.  Vegetarian would be the norm, while beef, pork, and chicken would be outside the norm.

This strategy could be considered in restaurants and on airplanes.  On offer to customers would be pastas, lentil stews, stir-fried vegetables, and additional delicious and sustainable options.  If you'd rather have meat, you can -- but you'd need to make a special request.

Given the tsunami of recent reports showing the need for populations to moderate their meat consumption for climate change and other ecological imperatives, this is an excellent idea.

Here is a translation of the Swedish article:

Anyone who does not make an active choice gets vegetarian. Meat is considered special diet. It now appears at the Department of Biology and the Department of Psychology at Lund University. It is the boards of the institutions that have decided that vegetarian is the first choice in catering and when meals are ordered in advance, at their own arrangements, workshops or internships.
"We at the Board thought it was a good way to reduce the climate impact. It is a fairly simple way to make a basic change of something sloppy, which has a rather large effect,” says Tobias Uller, professor of evolutionary ecology, who along with the lecturer Emma Kritzberg, pushed the change," writes Sydsvenskan. According to Tobias Uller, the reactions have only been positive. The University's environmental director Claes Nilén is also pleased with the decision made by the two institutions. "I think it's exemplary," he says in a press release.
According to Sydsvenskan, the policy can also spread out. Discussions about turning to vegetarian occur, according to Claes Nilén, in many places within the University. The precursor to the initiative is Lund University's Center for Studies of Sustainable Social Development, which for many years has not been meat as an alternative. The University's Center for Environmental and Climate Research is now also vegetarian as the main alternative for food and coffee, according to Sydsvenskan.

Larissa over 3 years ago

Great post Eleanor! It's about time we thought about why the most sustainable option isn't the default option.