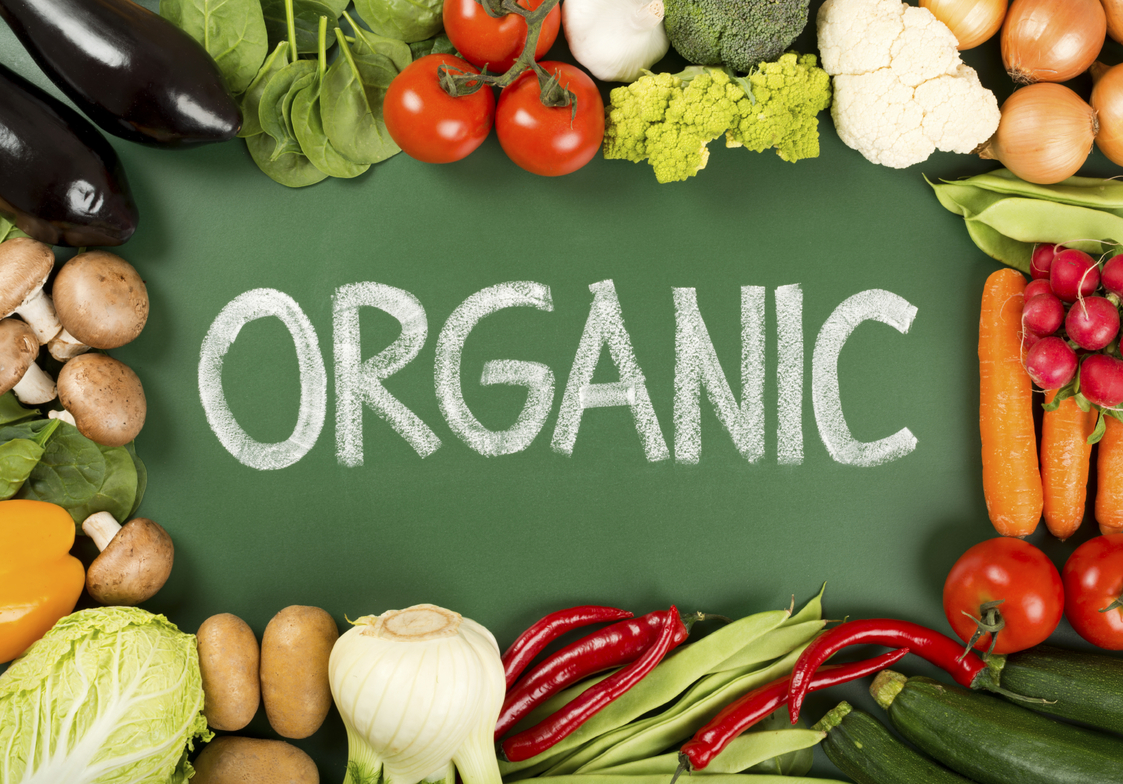 One of the myths about organic foods is that they’re not worth the extra price. Consider a different point of view:

(1) Eating organic means limiting our exposure to synthetic pesticides, hormones, and antibiotics.   When we eat organic fruits, vegetables and animal products, we’re taking in clean foods. There’s no such thing as consuming zero chemicals, since the planet is full of them. But organic crops don’t get doused in synthetic pesticides. Organic livestock don’t get hormones and daily antibiotics. And that means they’re better for us.

You may have heard, a few years back, about studies suggesting that organic foods don’t always have more of specific individual nutrients than do conventional foods, eg. http://annals.org/article.aspx?articleid=1355685. But such studies have been discounted by more rigorous research showing that the overall nutritional profiles of organic foods are superior to those of industrially produced foods. http://ajcn.nutrition.org/content/90/6/1700.full. Besides, even the cranky articles suggesting that you not bother buying organic nevertheless concede that if you do go organic, you’ll be exposed to considerably less in the way of chemicals! That’s what we want – to minimize the pesticides and other potential toxins that we put into our bodies and that farmers put into our ecosystems.

(2) Conventional foods may be priced low at the grocery store, but that doesn’t mean they’re cheap.

The idea that organics are much more expensive is often overstated.  I’ve seen media reports that organic asparagus is several times the price of conventional. But who needs organic asparagus in winter? Let’s talk about potatoes. This morning, at the food store around the corner, I found a 5-pound bag of beautiful organic potatoes for $5.99.  The same variety of the tasty tubers, same amount but grown industrially, were $3.99.  We could quantify this as a $2 price premium, and express shock at the idea of paying that. Or we could realize that it will take most households weeks to get through this bag. Weeks of no-pesticide potatoes? Two dollars seems a small price to pay.

If we’re going to talk about price, we also need to talk about health, since any reasonable accounting system considers benefits as well as costs. And a cost-benefit analysis of organic food shows that while the price is sometimes higher, the benefits are great. Industrially- and chemically-produced food costs all of us in health bills and in clean-up of ecosystems that have been contaminated and degraded by conventional agriculture.

Besides, as food writer Michael Pollan has argued, many of us can afford to pay more for food if we re-think our priorities:

“While it is true that many people simply can't afford to pay more for food, either in money or time or both, many more of us can. After all, just in the last decade or two we've somehow found the time in the day to spend several hours on the internet and the money in the budget not only to pay for broadband service, but to cover a second phone bill and a new monthly bill for television, formerly free. For the majority of Americans, spending more for better food is less a matter of ability than priority.”

Having eaten organically grown food since about 1976 (or as far back as I know about),I think I can talk with some experience.The main reason I have tried to eat organic is because organic farmers normally take care of the land. Their practices should not encourage soil erosion or the leaching of nutrients into ground water. Add to those facts the fact that organic food usually tastes better are good enough reasons for me to search it out and buy it!