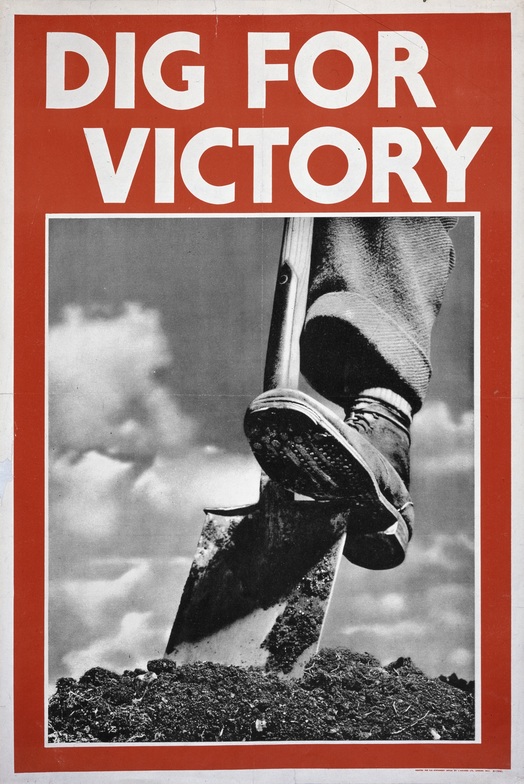 Along with speaking to groups and catalyzing discussions on sustainable food, I have been deeply immersed in  research on a fascinating topic. As you'll read in my upcoming book, to be available in late 2021, food systems can change and people can eat differently -- when doing so is imperative for facing a crisis.  The book is entitled Mobilize Food! Wartime Inspiration for Environmental Victory Today, and it tells the compelling story of British food in World War II -- and how that country and its millions of citizens transformed food production and consumption to keep themselves fed during chaotic times. The book tells of the rapid and deep systems-overhaul by the Ministry of Food and willing citizens that ultimately fed everyone adequately during a tumultuous time.  I'm excited to share some of the lessons from that wartime narrative that are applicable today, as we face our 21st Century war in the form of the climate crisis.

I have been giving talks and presentations, and animating discussions, on how we can eat more sustainably.   Venues and organizations have included the annual general meeting of Food Secure Canada, and the board of directors of a national environmental group that is interested in starting a campaign to encourage people to eat less and better in the way of animal-source foods. Just in the past month, September-October 2021, I have presented at an international academic conference, plus a regional climate-solutions action group.

If you'd like occasional notifications of Eleanor's upcoming speaking engagements, newly released research, or book launch, simply send us your name and email address -- and feel free to add a brief note about who you are and your interest in this topic!