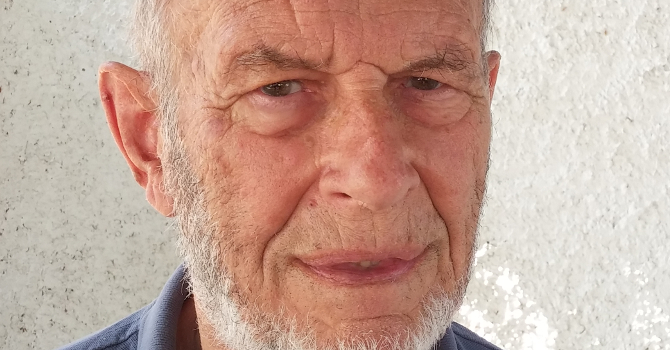 Gordon Weetman, a retired professor and forester in Vancouver, Canada, was a six-year-old living with his family in the north England city of York when Britain officially declared war on Nazi Germany.

“In the area where we lived, there were hundreds of British planes going out each night to defend us,” he says. “And about one-third of those people died.”

Everyone expected that York, a critical rail hub, would be bombed by the German Luftwaffe—which prompted Gordon's parents to move with Gordon and his younger sister to Haxby, a suburb about eight kilometres north of the city centre. Unfortunately, that expectation was correct. For about 90 minutes in the wee hours of April 29, 1942, York was hammered by more than 70 German bombers. More than 92 people were killed, and hundreds left wounded.

“We could see the flames from the [bombed] railway station from Haxby,” recalls Gordon. “I remember my grandmother, who was already very old at the time, wanting to stand up high, where she could watch it burning.”

During the war years, life in Haxby afforded advantages not available to most city-dwellers—such as the space to grow food. “We had a big garden, and a greenhouse,” remembers Gordon, adding that it produced staples like potatoes, cabbage, tomatoes, and more. “Everyone did, along with their bomb shelters. Empty lots were converted to gardens.”

Gordon, who went on to a lifelong career in forestry, sees the British wartime effort to rapidly increase local food production as one that came with trade-offs. “Pressure to create more arable land was intense, so a lot of marginal forest was cut down and the land converted to agriculture. It was a huge loss to biodiversity,” he explains. “And in the Midlands, where much of the food was being produced, they bulldozed hedges that had been there hundreds of years. That's why the central part of Britain now looks more like Saskatchewan.”

Nevertheless, produce from gardens and strictly regulated farms provided a critical complement to foods such as butter, cheese, sugar, and meat, that were being rationed by government during and immediately after the war. “Rationing was critical in Britain—as in the rest of Europe—because there were about 50 million people to feed ... Everybody got their food this way,” relates Gordon. “Everything was regulated. Each store would be given just enough food, and all of the food had to go through a central agency.”

"Rationing was critical in Britain—as in the rest of Europe—because there were about 50 million people to feed."

Gordon remembers being sent out by his mother, who handled all the household food purchasing and preparation, to merchants down the street, where he would use the family's ration books to buy small portions of food. Food was purchased almost daily because, as was common, the Weetmans had no refrigeration at home. Diets were limited, and included lots of bread and “drippings”– a flavourful fat rendered from the juices produced by roasting the less desirable parts of food animals.

“We had very little access to sweets,” says Gordon, noting that the prevalence of diabetes is known to have plummeted during the era of rationing. Although he still wonders if his sister's height (about a foot less than his) is somehow related to a nutritional deficiency during the war, he doesn't feel his family suffered for want of food.

While Gordon's mother managed food at home, his father – like his grandfather before him – continued to manage production at the world-renowned chocolate bar manufacturer Rowntree. There, he had helped invent some of the world's most successful chocolate bars – and as the war unfolded, helped recalibrate the factory's operations to support the United Kingdom's food-security goals.

Very proud of being able to contribute

“Companies like Rowntree were contracted by government to help produce millions of 'K‑rations'. These were boxes with up to three days' worth of assorted foods in them, including chocolate. They were shipped to soldiers on the front lines,” explains Gordon. “People at Rowntree were very proud of being able to contribute this way.”

Having emigrated with his family to Canada in 1949, Gordon recalls British life during that war as a highly regulated, industrially polluted, and relatively constrained existence, where war-induced scarcity was almost a way of life. Some people of means sourced luxury goods from a black market. Gasoline was strictly reserved for the war effort, which meant most people got around by bicycle and bus—and many local holiday destinations were off-limits anyway: “Many beaches were locked off to the public, behind barbed wire, as British forces were stationed there with guns—to prevent them from being invaded.”

Hardship notwithstanding, there was a strong sense of unity for the cause. Says Gordon: “Everyone believed in [Prime Minister Winston] Churchill ... The level of crime was lower, people felt safer, and there was just a higher level of trust.”

Gordon, now 85, points out that food productivity gains made during the war and since have radically changed the equation. “We don't have a food production problem today,” he declares. “What we have is a food distribution problem.”

“We don't have a food production problem today. What we have is a food distribution problem.”